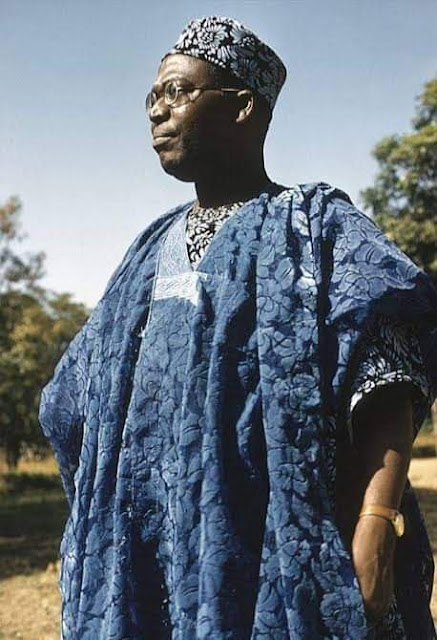 On 9 May 1987, Nigerian lawyer, politician, and publisher, Chief Obafemi Awolowo, died in his hometown of Ikenne in Ogun state. Awolowo played an influential role in Nigeria’s independence movement and is thus credited with being one of the founding figures of Nigerian nationalism. He was 78 years old.

Awolowo served as Premier of the self-governing Western region from 1954 until Nigeria achieved full independence from Britain in 1960. He came to be regarded as the leader of the Yorubas. 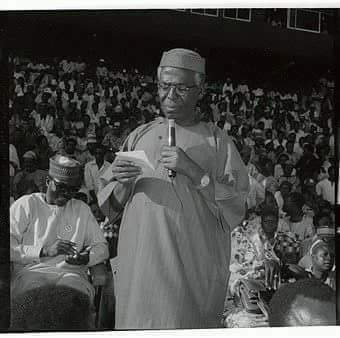 Awolowo was one of the delegates selected to represent Nigeria at the constitutional conferences in the 1950s which paved the way for independence. He was the opposition leader of Nigeria’s first post-independence parliament and the leader of the Action Group party. Although he ran for president twice and lost, Awolowo remains an important figure in Nigeria’s history.

Awolowo died peacefully and was buried at his Ikenne home. After his death, his residence was turned into a museum that houses some of his personal belongings such as his signature cap and Mercedes Benz.⠀

In 1963 Chief Awolowo was sentenced to 10 years in prison for plotting to overthrow Prime Minister Sir Tafawa Balewa’s government? He was released in 1966 when General Yakubu Gowon took power. 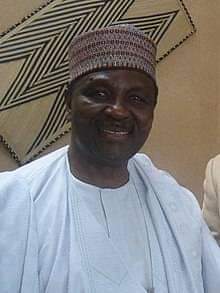 Ikemba Emeka Ojukwu described the best President Nigeria never had. But one wonders if the cabals and the oligarchies that have held this nation to ransom since independence will agree to that. One wonders if they will subscribe to Ojukwu's position, even the feudal lords that believe the leadership of Nigeria is their birthright, to the extent of engaging in an "inevitable" violent change that has now blown up on their faces.

I even read their write up in that same 1987, what they wrote about Awolowo in their now moribund newspaper - New  Nigerian editorial captioned "Who Wants A Loser's Shoe?" 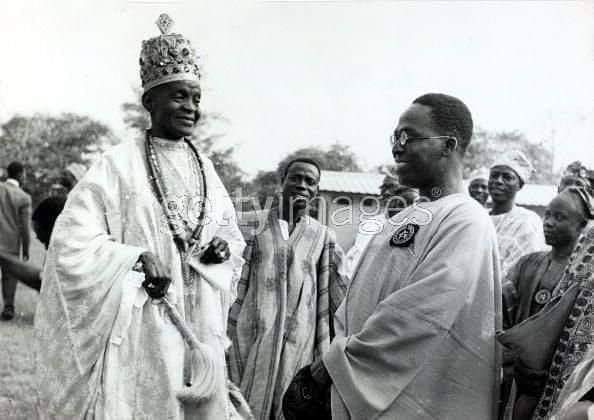 We can understand better who the real losers are now, with their children daily kidnapped for  ransom, raped and robbed by bandits who are offsprings of same aliens they allied with to plunder and oppress Nigeria and Nigerians. Serve them right! ***teeth clenched!***