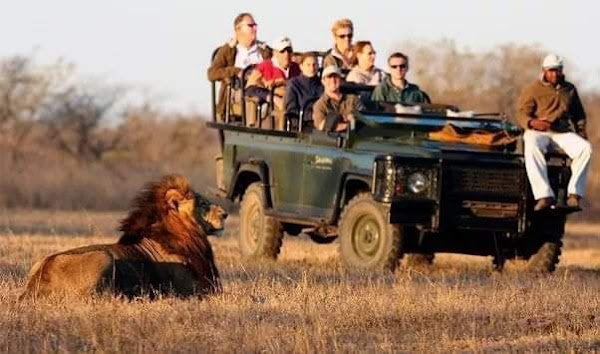 African animals, and more specifically the predators, have their view and mentality much more focused on singular movement tracking and hunting than details of its prey. 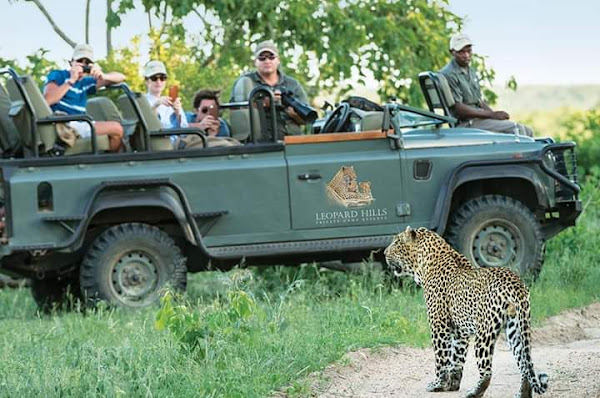 Thus, when they see an open safari vehicle, full of people, all they see is one single thing: a large beast with many heads. Large and potentially powerful beasts do not interest them, just as other large animals such as adult rhinos and elephants because they know the hunting effort is not worth it, since they can't run fast. Not because they really fear them. 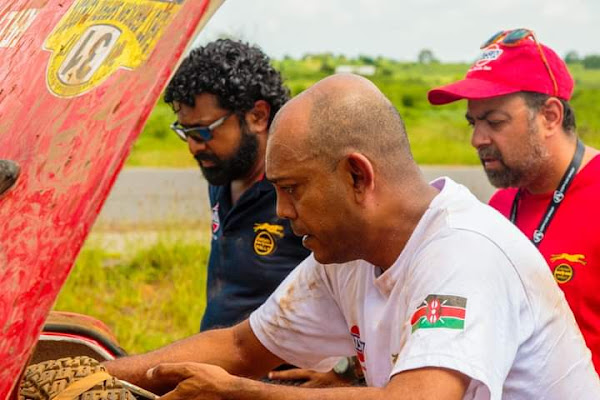 However, all attention is necessary, as apex predators such as lions or even leopards are relatively intelligent and curious animals. If somebody stands up and detaches himself from the rest of the “mass beast”, the predator may be curious and while in doubt if that is a part of the large beast or is something else separate, it may then investigate or attack by giving a chase. 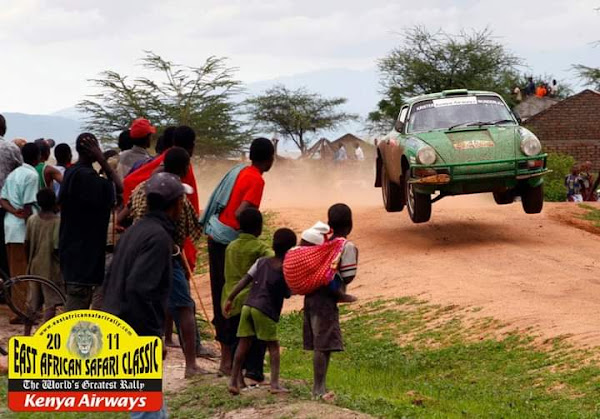 In case of an attack, what can happen is best imagined than experienced! If the curious animal begin to investigate too close, many tourists may lose their nerves, stand up and even run… which will be their worst mistake, as the predator will then be sure that it is a prey and will start chasing and they run much faster than any of us. 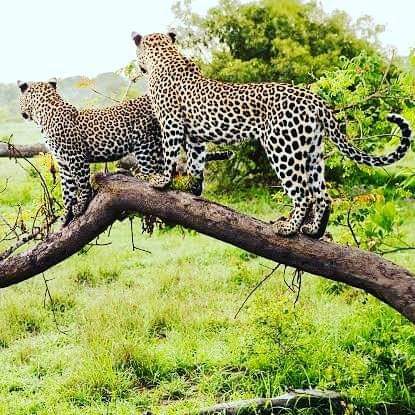 Considering that, the local guides normally inform and instruct passengers to stay seated and glued together, quiet, only observing when close to animals. They teach them to never stand up, shake arms or worst, get out of the safari vehicle. 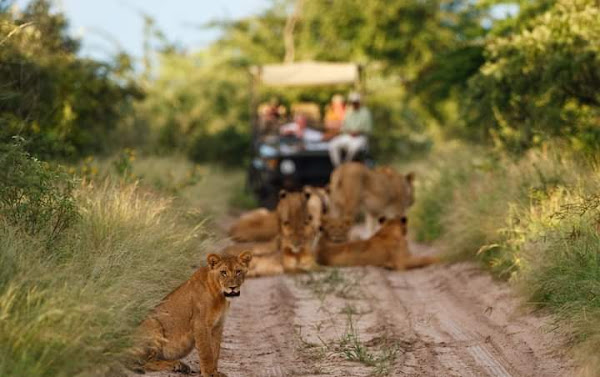 In this last case, the animal will be sure whoever stands up from the glued pack of a "monster" is not part of the large many headed beast and will notice him or her and actually perceive the person's perfect size for a prey. By this they may either give a chase or attack.
Africa African tourism African travel