Now That They Ran Out Of Ideas.... 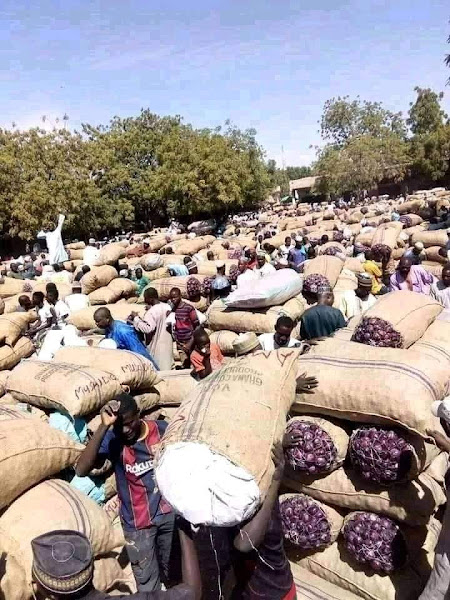 The Yoruba Race, between 1789 and 1880, fought a lot of internecine wars. Historians pegged the causes of those wars at the demise of Alaafin Abiodun in 1789 and the collapse of the Old Oyo Empire. The desires of the Oyo Empire’s vassal states to dominate one another led to the wars. The nunc dimittis of such wars, however, was the Kiriji war or the Ekiti Parapo war, which lasted for 16 years. Prominent leaders from the Ekiti/Ijesha end of the war were Fabunmi of Oke Imesi Ekiti, Aduloju of Ado Ekiti and of course, the indisputable Ogedengbe Agbogungboro of Ijeshaland. 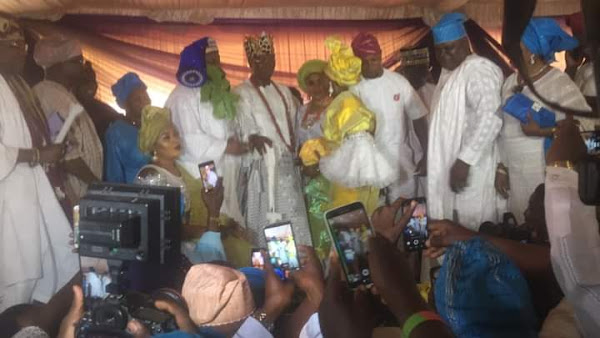 By the time the war ended on July 3, 1893, after sixteen years of stalemate, all the warlords were already weary and retired to their domains. But shortly thereafter, a personal misunderstanding occurred between Ogedengbe and Aduloju. While Ogedengbe, who had started trading in coral beads after the Kiriji war was busy preparing his wafor the next market day, having put the dispute with Aduloju behind him; Aduloju, who was spoiling for war, was busy assembling warriors and oiling his guns, in readiness for another battle. 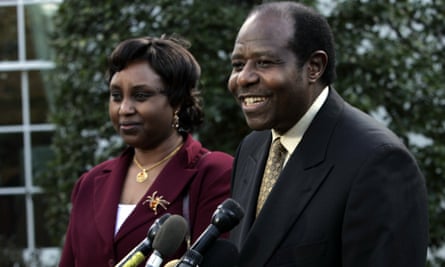 ose who noticed the two opposing dispositions of the warlords, cautioned Aduloju thus:”Ogedengbe o ni pa ate ileke, ki Aduloju ma pa ate ibon ni Ado Ewi”- It simply means, “it is wrong if Ogdengbe is minding his coral beads business, while Aduloju is assembling war arsenals in Ado, Ewi’s kingdom”. The precaution was because though the two warriors fought side by side for sixteen years, there was no doubt that one was more dexterous on the battlefield. Ogedengbe’s disposition towards peace, therefore, should not be mistaken for cowardice. Aduloju allowed reason to prevail, most especially when he realised that “Ogedengbe o se di lokun lo sile Aduloju”-Ogedengbe is not one you can tie with rope and take to Aduloju’s house. Aduloju’s mistake is exactly what the Northern youths embarked upon last week, when they started stopping lorries bringing foodstuffs from the North to the South. 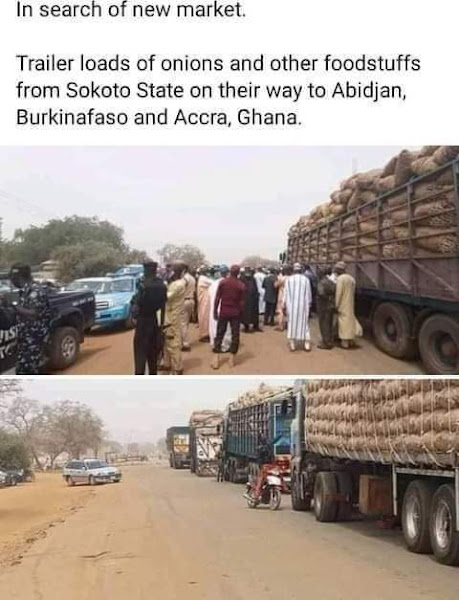 Their grouse, as encapsulated by the Amalgamated Union of Foodstuff and Cattle Dealers of Nigeria, AUFCDN, was that they wanted to fight for their rights. The ill-informed action of the Northern youths and that of AUFCDN was ably supported by another Northern group, the Food and Animal Welfare Organisation, led by its shugaban kungiyar, Dr. Muhammad Tahir, who, in an interview conducted in Hausa language, supported the food blockade to the South. We are not lost as to why these two northern groups prompted their brothers and sisters to embark on such a suicide mission. They merely used the isolated crisis at Shasha Market, Ibadan, as a veil for their true intent. 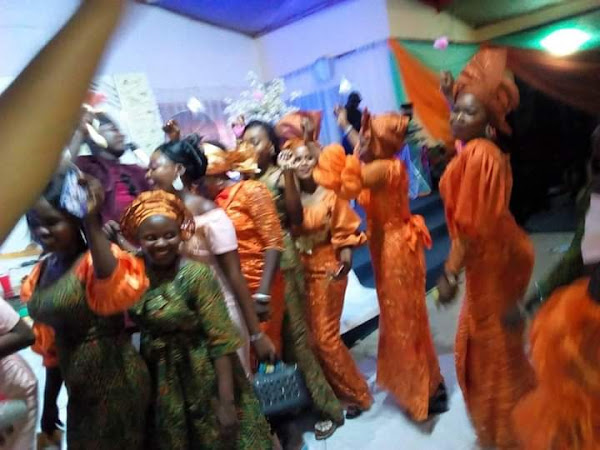 All the groups wanted and still want, is that the South should continue to tolerate, accommodate and accept the anti social behaviours of the criminal Fulani herdsmen who daily visit pains and agonies on their Southern hosts. The food blockade is a blackmail strategy to force the South to accept that it is normal for cow rearers to plunder Southern farmlands, rape wives and daughters and cut off the limbs of husbands and fathers who dare challenge them. Once the south accepts such felonious behaviours, shikena, foodstuffs and nama will flow down south yanfuyanfu! What a strategy! They have forgotten the fact that the South’s leopard (Amotekun) is sleeping does not mean that the North’s Rottweiler will make beef out of it! 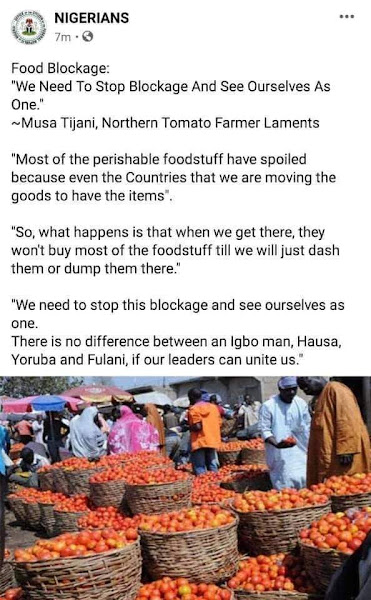 **When A Fool Begins To Get Wise, It is Because He Has Ran Out Of Ideas**

The North is not ready to face the reality and accept the fact that with the happenings of the last one month, the situation cannot be the same again. When a man is labelled a thief, he proves his innocence, by not playing with kids at night. He goes a step further by being in company of people at night, who will corroborate his alibi in case of any theft before day break. The wisdom of this age-long epigram appears to be completely lost on the North, which appears to be more at home with the philosophy of the monkeys of the Pampas of Argentina that have learnt nothing and have forgotten nothing. Blocking foodstuffs and cattle from coming down South appears to be the last kick of a dying horse. Such a kick is not potent and its effect very minimal, if any at all. Who loses if the n't from the North does not get down South? The North, by now, should have known that bringing foodstuffs down South is not to save the Southerners from hunger and starvation. No! it is purely commercial and profit-oriented, simplicita! The North, if truth must be told, has no population to eat what it produces. The census figures by the North-dominated National Population Commission remains a ruse. 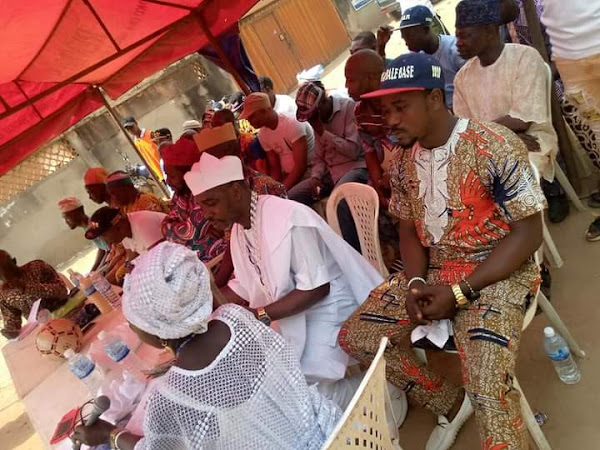 The reality is obvious. It is only in Nigeria that you have a more densely populated desert than in the savannah rainforest! The south is not too lazy to produce what it can eat and also sell. We see on a daily basis, truck loads of yam flour (elubo) going to Lagos from Oyo State. They are not from the North. What about the thousands of plantain bunches from Owan in Edo State, are they from the North? Does the name “Ofada Rice”, sound northerner? Our staple foods down South are iyan, eba, amala, rice and bread. 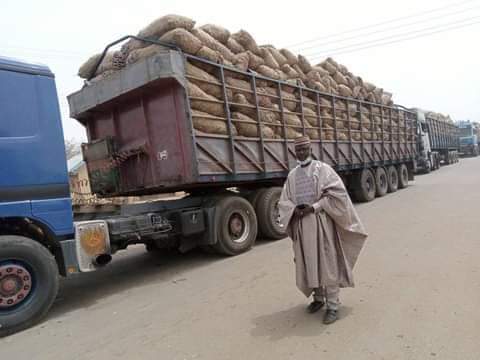 These are not from the North! The activities of Fulani herdsmen plundering farms down South are deliberate to support the narrative that the North feeds the nation! I was in my home town in September last year. I was shocked at the number of trucks which loaded yam tubers from our Ajebamidele market, going either to Lagos or Abuja. When I expressed surprise, I was reliably told that if I had visited the market the previous day, I would have seen triple of such truck loads of yams! The South can produce more than what it can consume and nobody should be threatened by any foodstuffs blockade. The Nigerian poultry business is 80 percent southern business and that is a great alternative to the North’s red meat. 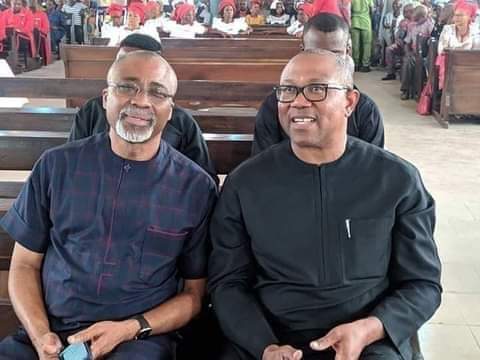 **With Best Brains Like This In The South, They Will Soon Run Out Of Ideas. Because Wisdom Is Better Than Weapons Of War. Ecclesiates 9:18**

Sincerely, I wish to encourage the North to lock up. Stop bringing your produce down south! Stop your cows from coming to Southern farms, forests and markets and witness an agricultural revolution like never before! It is even a welcome development that each region begins to realise its areas of strength and weakness; its areas of economic advantage and disadvantage. am particularly happy that what the North can offer is food. This may be the restructuring we have been asking for! A region down South gives the nation crude oil and sustains the entire Federation. Hope they know that up North? How about oil palm plantation? Won’t they need palm oil up North or do palm trees thrive in the desert? 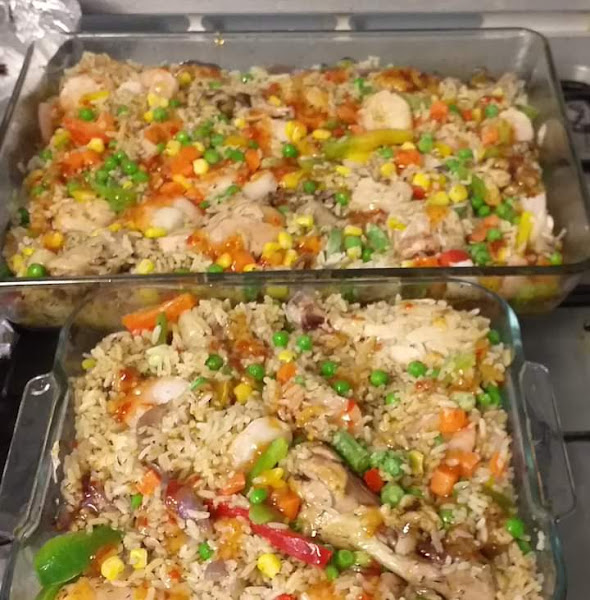 It is only in Nigeria that we can get this kind of bad behaviour in the 21st century-the age of exponential wisdom! The North is comfortable with its children misbehaving in other people’s compounds! The killings down south mean nothing to them. Terrible! How long can they keep their baskets of tomatoes and bags of onions up North with the inclement weather, before they get rotten? A knife which destroys its pouch invariably destroys its own home. Before asking their youths to stop vehicles bringing foodstuffs down South, has the North thought about the likely acts of reciprocity that their conduct may provoke down South? Have they forgotten that on a daily basis, trucks laden with petroleum products leave the South onward North? Have they also forgotten that while the South will pay just a little more to get all the alternatives to the items coming from the North, there is no alternative to the petroleum going up North? 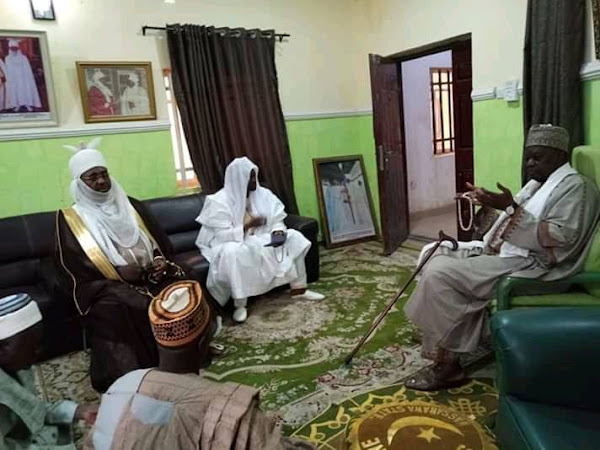 While poultry products and fresh fish will replace beef, and canned tomatoes will replace the basket ones from the North, nothing can replace what the South gives to the north! Can someone tell these guys up North that Nigeria is not at war yet! Who is thinking for AUFCDN and its sister group, the Food and Animal Welfare Organisation? Who is telling them that by stopping food and cattle from coming down South, the South will buckle and open up its doogerms to go and train its brood of vipers acceptable acts of decency, instead of asking others to keep on tolerating their bad manners.
Excerpts from a commentary by Suyi Ayodele
Africa food Nigeria