The Tortoise And Elephant Template

Posted by Soji Omole on May 25, 2019
Which ethnic group is more dangerous and deadly among these two ethnic nationalities in Nigeria?
One fought with Gowon for good three years; and Gowon declared the battle inconclusive - "no victor no vanquished" out of magnanimity and to avoid further bloodshed. Then he retained and remained in government and in power for the next five years!
Babangida mocked another ethnic group and nationality - that if he hear they want to fight, he will simply go to bed and sleep. And of course in June 1993, when he heard that this ethnic group wanted to fight, he kept his words and went to bed to sleep.....
But by the time he woke up, he was not only out of government, he was out of power!
Mariam, Babangida's wife was so angry on the day of his pulling out

out parade and handing over of power to an interim government that she nearly tore off the last military uniform her husband will ever wore off his neck the moring of that day! Let us hear out Mariam
Babangida's sarcasitic tantrums to her husband that fateful morning:
"I thought I was married to a military officer, I didn't know I was married a coward" It took the intervention of those around them to detach her from the neck of her husband and not choke him into a state of coma. They did not only stop at getting him out of power and out of government. Babangida now remain confined to his hilltop mansion in Minna, never to venture to nearby Suleja again because of an infirmity that will not allow his two feet to enter the biggest size of a pair of shoes again! Or how can a man of his calibre come to a function in Abuja bare footed? Not to talk of Lagos.... 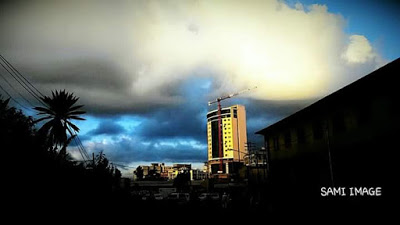 Chai! This other ethnic group Babangida underrated know how to put finishing touches to whatever work they started. Even if it mean finishing a man for good! Kai shege!!
So who is now the coward between the two? Babangida or the ethnic nationality he mocked?
So which group is more deadly? The former or the latter?
Since I couldn't see anybody writing on his question paper let me help you to "cheat" in this examination paper.
The latter group doesn't need to fight or quarrel any before they waste and destroy him. Really, they will still be massaging him and smiling.....
If I may help you further in this examination paper, I will remind you of the story of how the tortoise lured the elephant out of his den in the forest to the city where he got buried in a ready made pit! Remember the tortoise never quarreled nor fought with the elephant for the over twenty kilometres trip to the city. The tortoise kept singing, the elephant kept dancing all the way to his..........
The latter is misunderstood by the ignorant as cowards, because they rely on the strategy of the tortoise and the elephant template, which is more deadlier than brute aggressive show of force mindless bravery which may end up as mere bravado, until the chips are truly down! And suddenly the leader suddenly chickens out and resourface in Abidjan or Israel, the case may be.
The latter nationality are more of slow and deadly poisons, very discreet, wise and calculating. Which many misunderstood and termed as cowardice to their own eternal peril.
Or of what use is brute show of force and aggression, when you got and better and deadlier strategy? Even the tortoise and elephant and template?
Stop Press!!!
Now that things has gone this as far Southern Nigeria governors taking a firm stand on salient burning issues, I hope our oga for za oza room in Abuja won't go to bed and sleep like Ibrahim Babangida did. Especially now that Nigrria is burning on his head! That one of the boys belonging to the latter group, in their "custody" at The Villa in the guise of a "second calabash" survived 3 helicopter crashes, while Owoye Azazi never lived to tell his own story on the first attempt on his life, should be enough a warning to him and his cabals.
Babangida
Location: Abuja, Nigeria