Why I am Called The Headmaster: Mutiu Adepoju 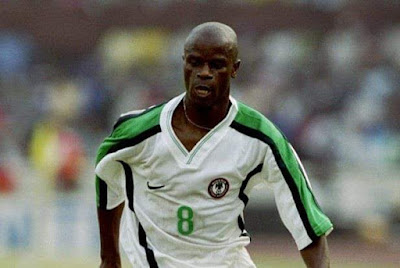 Deft footed, intuitive and fast paced, with an expansive vision on the pitch, a robust midfield management and a head for goals; few footballers have such all rolled into one ingenuity at a go. But one of Nigeria’s greatest football midfield maestros, Mutiu ‘Headmaster’ Adepoju, fits that bill. An illustrious player, intrepid and tireless footballer worked his socks off on behalf of the national team – be it the junior or senior national team – to ensure victories. Adepoju has won laurels on and off the pitch. Mutiu was part of the ‘Miracle of Damman’ in Saudi Arabia in 1989. 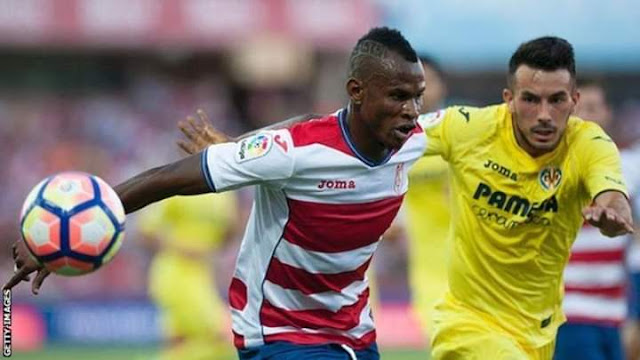 His aura, mentality, sense of devotion and history-making success all made him earn a place among the pantheons of football greats in Nigeria and in the world. Mutiu Adepoju is one of Nigeria’s football legends who have written his name on the sands of time. Headmaster as he is fondly called played his way into the nation’s consciousness and put Nigeria on the global map.
His first goal at the famous ‘Damman miracle of ‘89’ when Mutiu and his teammates metamorphosed from ‘zero’ to heroes remains one of the greatest moments for Nigeria, making the whole world to stand still. After 20 years of playing football, Adepoju retired in 2005 to nurture the younger ones through his Headmaster Sports Academy. Like David Beckham of England, the Argentine football icon, Maradona, the Italian Roberto Bagio of that era who all wrote their names on the sands of time as football legends, ex-international soccer star, Adepoju, belongs to the league of unforgettable stars in Nigeria.
Not many Nigerians would easily forget the tension-soaked match between Nigeria and the former Soviet nation in 1989 during Under-20 FIFA World Cup in which Nigeria came from behind to win what many considered a ‘lost’ battle. 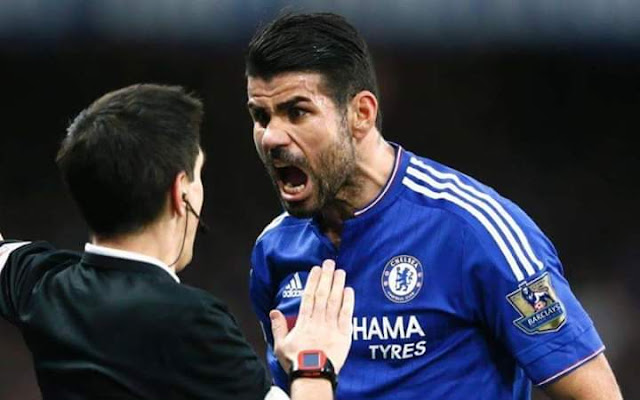 That feat later became known as the ‘Damman Miracle’ of 1989. As the narrative goes all the football personalities that mattered in the world converged on the oil-rich emirate in a football match between Nigeria and the former USSR. What made that moment memorable was how Nigeria came from trailing USSR 4-0 to winning the match.
The country later bounced back thanks to the first goal scored by Mutiu Adepoju, which later opened the flood gate of three other scores. Nigeria not only equalized but beat the opponent to reach the semi-final later against the United States. The ‘miracle’ continued as Nigeria beat the United States to reach the final. Nigeria, however, lost the final match to Portugal.
But that tournament remains one of the glorious moments as many football enthusiasts still remember that tournament with nostalgia. The memory refuses to go away just like the team that made it happened. He was only 19 with his eyes fixed to conquer the world. Adepoju played roles in the golden era of 1994 squad that conquered Africa and later became fifth in the world. He played the qualifying matches for the USA 1994 World Cup. He was a member of the national team alongside Austin “JJ” Okocha, the late Rashidi Yekini and Peter Rufai.
Following his good performance at the Saudi tournament, Adepoju moved to Spain where he plied his football trade for the next 12 years scoring good goals over the course of seven seasons mainly representing Racing Santander and Real Sociedad. He played for the Real Madrid junior team, Castila.
The Super Eagles star had his primary education at Cocoa Research Institute of Nigeria (CRIN) Staff School, in Ibadan where his father worked. He went on to attend Prospect High School, Aba Nla, in Ibadan. For his higher education he studied Physical and Health Education at the University of Ibadan.”
“I started playing in primary and secondary school. I became a professional footballer after finishing secondary school. Although while still in secondary school I was playing for the junior team of Cocoa Research and later moved into the senior team. But everything started at CRIN Staff School.”
The former Super Eagles player added: “I continued to play for CRIN Football Club and later represented Oyo State in National Sports Festival in 1985. And later I was signed by FEMO Sports Club of Eruwa owned by the late business mogul, Chief Adeseun Ogundoyin. From there, I got admission into the University of Ibadan and was still playing for Ogundoyin Club.
I later moved to Shooting Stars Football Club of Ibadan. When I was with Shooting stars I was invited to the under-20 national team.
He is known as the ‘headmaster’. What was the genesis of that alias? “Well, it originated from my ability to score goals with my head in the early 90s. I was in the national team then and when I was with under-20 I used to score many goals with my head and all that. It was Mumuni Alao of Complete Sports that gave me that name,” Adepoju explained.
If there is anything that gives the football legend a dose of regret it was his inability to play for Real Madrid. His gave his reason: “The essence of signing for Real Madrid then was to get into the main team. For instance, while I was playing for Nigeria’s Under 20, I aspired to play for the senior team. I worked towards it and God granted my heart’s desire. I worked hard to play Real Madrid’s main team but the problem then was that only three foreign players could play in the Spanish league and not like today where foreigners can be as many as possible.
How rewarding is the game?
According to him, football in his days was not raking figures like nowadays. “In terms of satisfaction and fulfilment it is rewarding – that what I know how to do best I get paid for it. Again, people knew and respected me for doing that and people appreciated one’s commitment to one’s calling.
How is life after football? “It is not bad and I thank God for life of fulfilment that one is able to make a name and earn a decent living at the same time,” he answered. “I currently run Headmaster Sports Academy which is centred on improving and invigorating the mind of children in sport, exposing them to the value, ethics and the wonderful world of football both locally and internationally.
“For instance, we just went into partnership with Corona Secondary school to organize a sports programme themed ‘Easter Soccer Camp’.”
The first batch would open from April 7 to 12, while the second batch will kick off from April 22 to 27. The programme is for youths between 10 and 17 years. The unassuming ‘headmaster’ thinks that is own little way of “catching them young”.
Adepoju plied his trade for 20 years without falling into any scandal. He shared his life lessons: “If you want to be a successful footballer or sportsman you have to be disciplined. As a sportsman being disciplined has helped me to know when to draw the line when it comes to certain areas.
Adepoju has been married for over 20 years and blessed with four wonderful girls. Any regret not having a male child? He waved it off, saying: “My girls are wonderful. In fact, all of them are into sports. 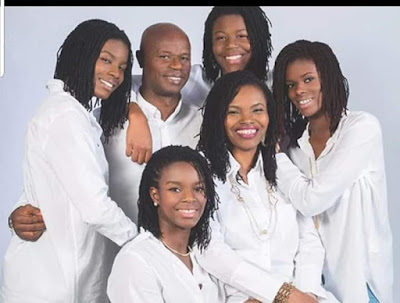 My first daughter stopped playing basketball when she gained admission into the university to study Telecommunication Engineering. Today, she is an engineer. My second daughter is in her final year in Queen’s University in Charlotte. She plays football actively and she is one of the best in her team. My third daughter is about to get out of school and has stopped playing basketball too. And my last child who is 16 is into football. I am contented and happy with what God has given me.”
Abacha Academy dribblers Nigeria
Location: Abuja, Nigeria