Between Mentality Of Retaliation And Tolerance

Posted by Soji Omole on April 05, 2019
Nelson Mandela, former South African president, wrote a personal awesome story:
"After I became president, I asked one day
some members of my close protection to stroll with me in the city, have lunch at one of its restaurants. We sat in one of the downtown restaurants and all of us asked for some sort of food..._ After a while, the waiter brought us our requests, I noticed that there is someone sitting in front of my table waiting for food. I told then one of the soldiers: Go and ask that person to join us with his food and eat with us.
The soldier went and asked the man so. The man brought up his food and sat by my side as I asked and began to eat. His hands were trembling constantly until everyone had finished their food and the man went.
The soldier said to me: "the man was apparently quite sick. His hands trembled as he ate" !!
"No, not at all," said Mandela. "This man was the guard of the prison where I was jailed. Often, after the torture I was subjected to, I used to scream and ask for a little water. The very same man used to come every time and urinate on my head instead"...;
So I found him scared, trembling, expecting me to reciprocate now, at least in the same way,  either by torturing him or imprisoning him as I am now the President of the State of South Africa...
But this is not my character nor part of my ethics. 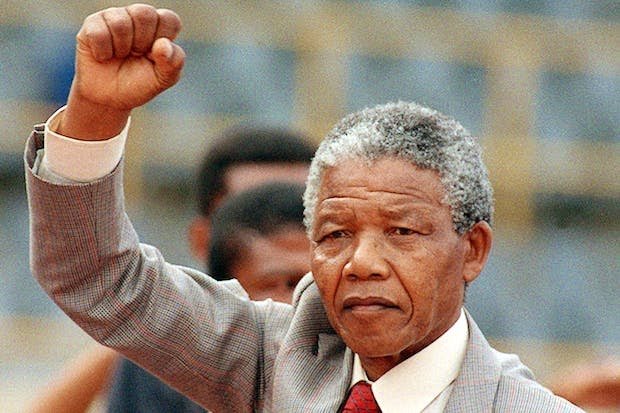