How Abacha Escaped The Edge The Sword: Soji Omole 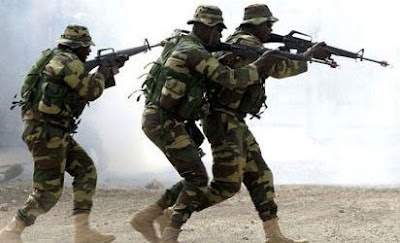 Which sword? Ibrahim Babangida's sword.
Yes of course General Sani Abacha is now late. But he would have died long before he died.
He would have died like a goat in the slaughter slab in the hands of Africa's one and only evil genius. Either right at the time when Babangida called the shots at Doddan Barracks or after all paraphernalia of office were moved to Abuja. It could be in a framed up coup, like that of Vatsa or in a bomb blast like Dele Giwa or in a stage managed road accident like the police officer Tunde Dare, who dared investigated Giwa's murder case.
What an opportunity to revisit Vatsa's case again as we press on in this investigative review. 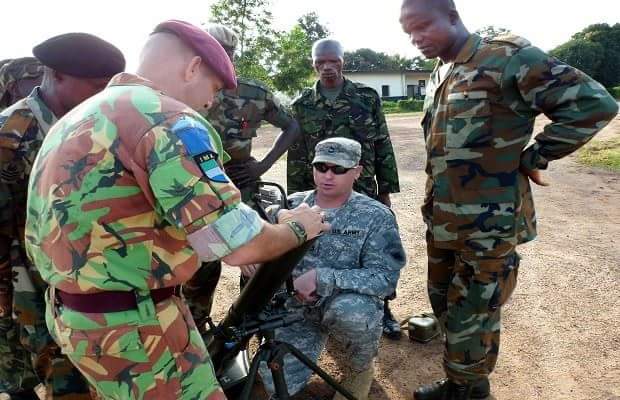 Two questions we will ask and of which we will answer on this all Africa for Africans site.
1). What has any got to hide to warrant all these annihilation and elimination of promising creative Nigerian gentlemen like Dele and Vatsa, the soldier and poet? Even promising and dedicated super cops like Hubert Dele Dare?
2). How did Abacha escaped by whiskers?
These two questions we will answer and leave the rest to conscience and posterity. 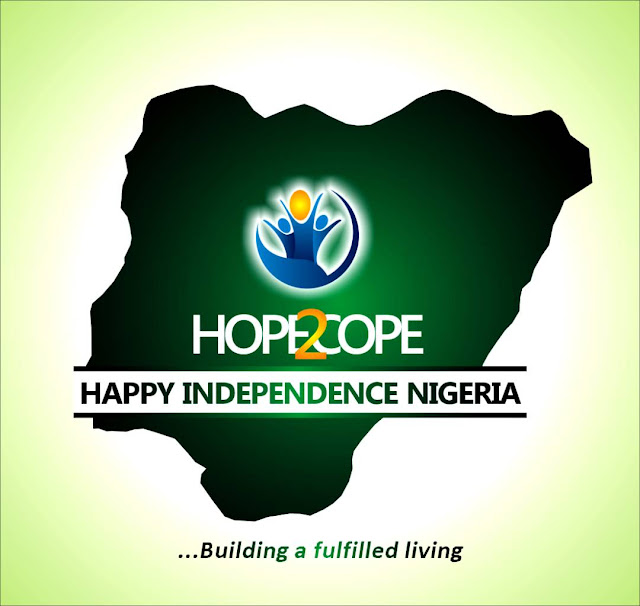 We will start from the case of three BIG confirmed Babes who hang out together in those days when men were boys. They were Mariam, Princess and Chinyere.
All the three in the course of duty hanged out with three promising fine officer gentlemen of the Nigerian armed forces and ended up marrying them.
Mariam married Captain Ibrahim Babangida while Princess married a close friend, associate and classmate of Ibrahim Babangida, also equally a captain - Mamman Vatsa and got her name changed to Sufiya. Following the good example of our Biblical Ruth of "your God shall be my God"
The third Babe Chinyere also married an officer of Tiv extract, the one who allegedly fired the shots that killed Major Chukwuna Kaduna Nzeogwu. But who also got killed three days after firing those shots.
So Chinyere the third among the three big babes is now a widow. And the rest two babes married to now prominent officers as years go by, have to support her. And one of them reached out to her as a true friend.
But on the terms that she must work to earn her pay. So what must she do? Among the firsts one in the know of what she was engaged in was the now Brigadier Mamman Vatsa, the husband of her other friend Princess now Sufiya. Who engaged her and what she was engaged in? We would rather let sleeping dogs lie for now as we tactically unfold the rest of this scenario that cost many their lives.
Meanwhile, Chiyere in the course of duty got caught at Kano airport. And among those who got wind of her arrest was Mamman Vatsa. As a loyal and faithful friend who must cover his friend's track from shame and embarrassment, after her name has been changed in the crime entry log, put Chinyere now known as Gloria on the next available plane to London from that same Airport. What a loyal friend!
But Vatsa will have to pay for it later with his own very head. Haba, has he done anything wrong by helping a friend cover his tracks? Nope. But Mamman has now known a friend's best kept secret and got his two balls in his hands!
So he has to be finished and silenced.
All it took was to take advantage of his close working relationship in the course of his day to day army duties, with a younger officer, Lt Colonel Musa Bityong and link him with a coup plot. And the rest was history. 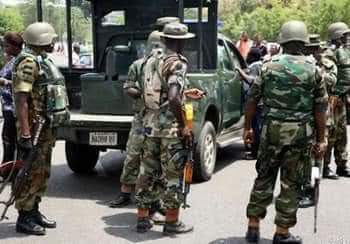 But Vatsa, knowing that the end beckons and he got nothing to lose again, gave some damming testimonies in the cause of his phanthom trial. Which despite the level of secrecy it was kept got leaked in recorded formats and in possession of some hands. Dele Giwa was one of those suspected to be possession of it and that got him screwed for life and eternity.  So more heads still need to roll.
And the heads rolled.
And the heads did not only roll, but kept rolling, both in the open like Dele Giwa and in the secret, of unaccounted men and women who were not popular or notable, to be accounted for. But the more these heads rolled the more it kept leaking out like a smoke covered with a basket. Major Bashorun escaped by whiskers to the US and went underground.
Yet the story still continued to filter out.
It got so leaked out that when 1987 one of my friends, now a top officer in one the paramilitary arms, came visiting me in Ogbomoso and began to sing in his characteristic humorous manner, Yvonne Chaka Chaka's version of "Weema saame, utu ko bothi..." as "wón gbé co....lórúkó Má...., wón gbé co.....lòrùkò Má....." I was too shocked, spell bound and surprised to even laugh. I just kept starring at him.
Maybe I would not have been that shocked and surprised if only I knew that the version of the song have become so popular and trending in Nigeria top ten charts in those days. Especially among students. But what does a "bush boy" living in Ogbomoso far from Lagos, where everything was happening knows? To us in those days, Lagos was like London, fa.
But who could have still been leaking this story, for Pete's sake? Even with all the heads that have rolled so far?
And this lead us to answers to the second question. 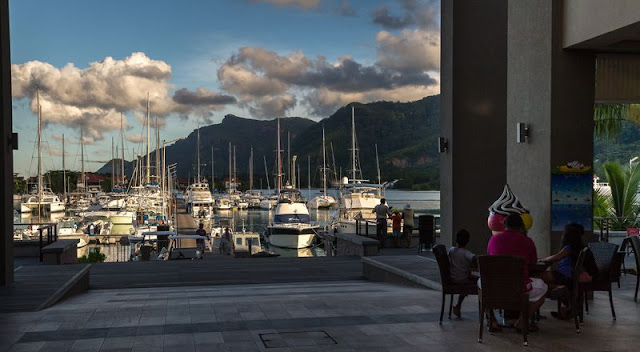 Sani Abacha before he can agree with his friend to participate in the counter coup that ousted Buhari and Idiagbon in August 1985, need to take a confession from his friend as to reasons why he REALLY want to topple and outst his boss. And Babangida opened up.
And opened up Babangida did. That he was actually on a face saving and cover up mission.
Reasons Babangida had to bring in technocrats to practically run the government for him after taking over power. And they did a good job.
The legacy of Professor Olikoye Ransome - Kuti's Primary Health Care policy is still speaking in the Health sector. A policy that has and is still enriching the health of many Nigerians till date. And also enriching and still enriching the pockets of many health professionals both at Federal, State and Local government levels.
Professor Bolaji Akinyemi downloaded his entire brain on foreign policy matters. Same goes for professor Aliyu Babatunde Fafunwa in the education sector. We can go on and on these finest Nigerian brains Babangida assembled and brought on board, to literally run the country for him, after taking over power.
But unknown to Babangida in the course of his confessions, his friend - Abacha had everyhing recorded and well taped. With copies that can be widely distributed and marketed in case of any eventuality! And this Abacha made known to him later. So the evil genius have no choice than to play along with Abacha, as long as he will keep his mouth and keep his tapes!
To even try and retire Sani Abacha from the military, Babangida dare not.
Therefore when Abacha told Babangida in plain terms, that he was not retiring alongside other army officers when he stepped aside in 1993, and handed over power to an interim government, Babangida was left with no choice than to cooperate.
Or what do you do with someone who have your two balls in both hands, to either squeeze or crack like walnuts?
This was what saved Abacha's neck from the guillotine before his time. Otherwise, he too would have died maybe around 1988 via a phanthom coup trial, bomb blast or stage managed road accident, instead of ten years later in 1998!
Soji Omole