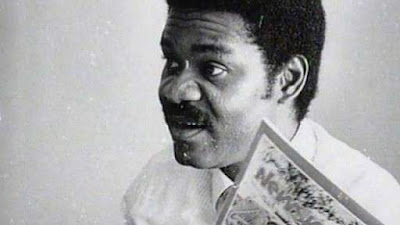 Dokun Adedeji Narrates:
It was Sunday. The day was bright and full of promise. The time was 12.25pm and I was engrossed with the patient I was attending to. Then suddenly, a piercing scream rented the air. It was the voice of a distraught man. I came out to rebuke him and lecturing him about the quiet required in a hospital setting. He ignored me and shouted the more- he has been bombed!
My first reaction was to call in the psychiatrist! 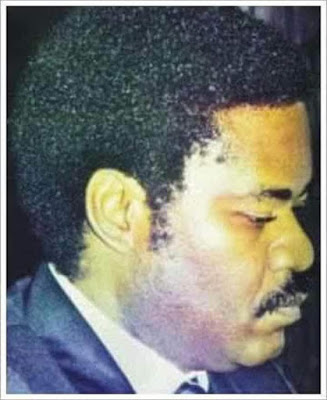 He told me now with genuine alarm that he had a patient in the back of a van outside the hospital who had been bombed! When I asked if he knew who, he said, Dele Giwa!
I was now more convinced that this man indeed needed help.
But he held to my hands and pulled me out to the van and behold, indeed and truly, it was Dele Giwa, draped in a soaked tablecloth groaning in pains! My adrenaline began to flow! We moved him on to a stretcher and wheeled him in.
All hell was let loose!
I called my Medical Director, Dr Tosin Ajayi as well as our attending surgeons - Drs Essien and Magoha. Mrs Funmi Giwa who came with her husband was immediately taken into my MD's office whilst we instituted every emergency procedures to stave off the bleeding and attempt to save his life.
He was a strong man - and it was obivious he wanted yo live but it struck him that he might lose this final battle. He kept asking after Funmi and Aisha and he wanted me to tell him if they were alive. I assured him copiously as life was slowly ebbing out of him. He asked me to lift up his head saying he was getting tired! After about 45 minutes, Mr Oladele Sunmonu Giwa, lost the battle to live! The man- DG - died! That was exactly 32 years ago - a day I will never forget, in 1986.
It was almost or about 2 weeks after Professor Wole Soyinka won the Nobel Prize for Literature - the first African! Our joy turned into sorrow hitting deep into the bones! Two days before that fateful Sunday, he had told me he would see me when he come to see his close friend - Mr Biodun Sobanjo - living then just across the hospital on Opebi Road. Yes, he came but in a near dismembered state unable to walk or share his characteristic banter!
It was always fun and a pleasure to be in his presence. He liked me like a brother and he treated me thus, definitely not as his physician.
For many years after, the blood-stained clothes that I wore on that day, I kept in remembrance of this handsome and ebullient showman of contemporary journalism. They hung in my room till I burnt them as I burnt the memory of him into my consciousness.
Thirty two years today, 19th October 1986, the man died! 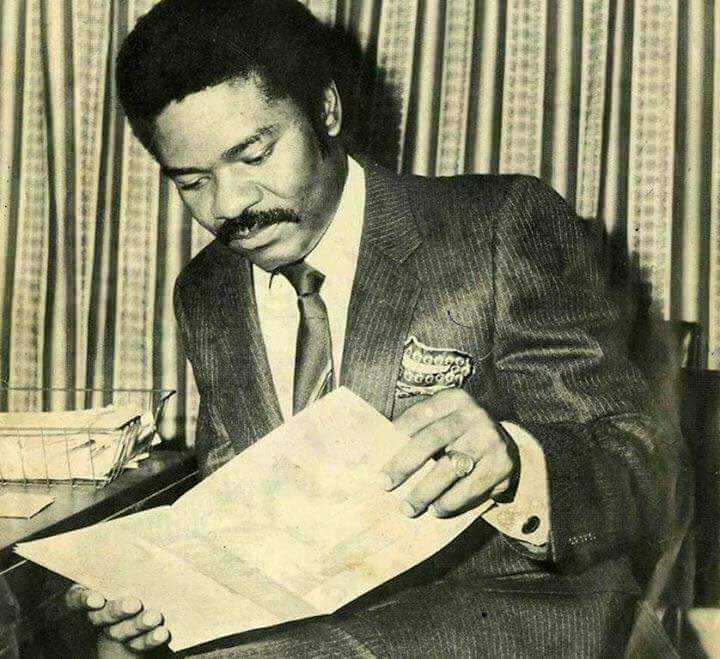 Mr Dele Giwa, my patient, my friend and my brother died. The Man Died- Nigeria and journalism, are the worst for his death.
Mama Elekia has since gone to be with him. Billy must be a big man now. Aisha must be some gorgeous lady now. I last saw Ronke at a church program at Acme some 5 years ago. Funmi bore her loss and pains with the strength only God could have given. Uncle Biodun, the younger brother is somewhere with the events of 30 years ago replaying itself.
With a touch of the miraculous, Mr Kayode Soyinka survived the blast with immediate loss of hearing. But he lived with the events of that Sunday etched in his memory for life.
Thereafter, a bedlam of activities ensued but all announce a failure to apprehend his murderers!
Who will ever forget the onerous efforts of Gani Fawehinmi but today, he too shares the celestial place with Uncle DG. They now belong to the ages!
Everyone of us have scattered to the winds carrying bits of the historical event of that dark Sunday, 19th October, 1986 in the deep recesses of our hearts with the hope that someday there will be a closure.
The man of peace who wielded a pen to do battle, died a gruesome death on a day of worship, turning our joy to ashes in our mouths.
DG, its 30 years you have been gone but who knows what will be in another 30 years?
Maybe, just maybe,we would have found an answer to Omma Ogan's question- WHO KILLED DELE GIWA?
For now, we take solace in the words of Bob Dylan's song- The answer my friend is blowing in the wind. The answer is blowing in the wind!
Probably for this, Bob Dylan won the Nobel Peace Prize.
Goodnight my brother and friend.