And The Report Was Never Reported: Paul Odenyi

From my state house diary:

It was September 2004 and I and late Josephine Lohor of Thisday newspaper were nominated from the press corps to accompany president Obasanjo to that year's United Nations General Assembly in New York. Of course the media team also comprised of Egbon Sola Atere, Musa Musa from NTA; Adeyinka Amusu of FRCN and late Salihu Abubakar of NAN. Before our trip, late Mrs Remi Oyo, senior special Assistant on Media and Publicity had  briefed us on the importance of the trip. It was all part of the effort to bring the debt burden of poor countries to world focus, as part of the strategy to win debt forgiveness. So apart from Mrs. Oyo, the Information Minister, Emeka Chikelu was on ground in New York. 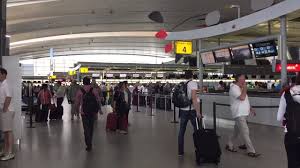 But one event brought me and Josephine to regular attention from everybody on the delegation including diplomats at the Nigerian mission. The day after we arrived, we were told that president obasanjo would be going to Boston to deliver a lecture at a forum and as it is expected, everybody was to be on that 50 minutes flight to Boston. I was happy for the single reason that in my first visit to America I was discovering many cities too. And so we all headed to JFK that evening for the flight. All boarded and ready for departure. The 737 taxied from the secluded part of the massive airport in readiness for take off. And a loud noise, boom!

Looking from the window, I discovered that the entire plane has been covered with thick smoke.  There was panic inside the plane but nobody moved except the CSO, the ADC and the Chief Detail. The chief detail has the misfortune of sharing the Nyanya  part of the plane with journalists and body guards and so many of us looked up to him to find out what was happening. Akin, the chief detail did not speak to anyone. A lot of consultations were on between the security people and the NSA, General Aliyu Gusau. Then after about fifteen minutes of horrible silence, some white security people entered the plane. I later found out they were from FBI. And  President  obasanjo emerged from his cabin. And straight he came down to where  we journalists were seated.

I was asked to join the team from the far end where I sat. The president sat down between me and josephine and with his arms around our shoulders, he asked: which paper? And Josephine responded, Thisday. And you? Looking at me, I said The Comet. Then the president asked again, "what are you going to write". I had no immediate answer. Josephine was not sure what to say. And president obasanjo finally said " please don't write anything. If you write anything they  will say obasanjo has gone to kill himself in America. And we will  waste  all the time receiving visitors who will come to sympathise with us. We will not do what we came here to do." At that point I summoned courage and  said  sir, I promise. Mrs.oyo added  that we were trustworthy  people. 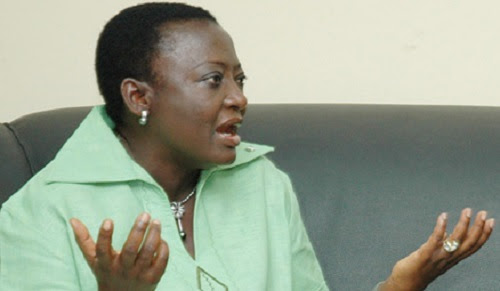 She introduced me to the president as the chairman of the press corps. And the president said chairman, chairman! Again I told the president to make sure oyo worked on the international press who may have contacts  at the airport. When Josephine wanted to say something about our other colleagues the president simply said " na we get that one"
It was on that understanding that we evacuated the plane and went back to where  Baba  was staying, just behind the Nigerian house in New York. There too, chief chikelu was on us asking us to be honourable people.


We were. But I pointed out  to chikelu that I had seen Laolu Akande, present senior special Assistant to the VP, then writing for the Guardian newspaper and he should not leak the story. In all, I discovered that two years after the incident i told my wife who thanked  God for his mercies then and now I can tell the story.
And the truth is that the plane lost two tyres just before take off.
Paul Odenyi
honourable JFK Media Minister New York Obasanjo Thisday Tyres
Location: Abuja, Nigeria