We Are All Guilty: Goke Butika

Having regained my energy and rejuvenated, after close to 15 hours of flight intermittently from Nigeria to United Kingdom on transit to United States, my long-standing friend, Dr. Wahab Adebisi treated me to my favourite African delicacies, and engaged me on the issues of Nigerian political issues, while he revealed to me the understanding of the American political system; being a Nigerian American, the pain in his heart about Nigeria’s conflicting situation is understood.
Some of the issues we talked about were: economic recession, the infrastructural decay, poor leadership, corruption and runaway poverty index. Analyzing the effects of the recession on the Nigerians abroad, we both agreed that Nigerians at home were putting more pressure on Nigerians abroad to come to their rescue from life threatening poverty which is grinding very fast, because of embattled monolithic economy and out of control naira/dollar dichotomy. I cannot agree more, because some of us with position of advantage at home are facing similar pressure.
Adebisi’s response to the issues of corruption, poor leadership and infrastructural decay in the most populous Black African nation was found in a pleasure ride he offered me in Dallas Forth worth, as we both agreed that corruption gave birth to poor leadership and poor leadership gave birth to vices in our country.
That reminds me of the life and death attached to the rerun elections in River state- the cocky governor, Nyesome Wike was threatening fire and brimstone before the election, promising to make wives widows, children orphans if the election would not be conducted according to his whims and caprices; while the leadership of the All Progressives Congress (APC) gave a marching order to its members to return slap for slap, kill for kill, and before we knew it, a police DSP has been killed, making his wife a widow and his children, orphans. All in the name of rerun election. I mean, it should provoke a thought in us that if the political leadership is about service, not for personal enrichment, why would anyone think of having his way by fire. By thunder?
The answer to the thought provoking question raised above is simple: Nigerian leaders largely are in want of power as status symbol and personal enrichment- think of it, a governor in Nigeria rules his people together with his son, who is seen as de facto deputy governor, despite the fact he lacks power to interfere with the functions of the state, and people have taken it as normal; when South Koreans are calling for the resignation of their President, not because she is found to be corrupt, but because his close confidant who is not elected has access to her speeches. It is only in my country Commissioners and Special Advisers of the government business are submitting to the son and daughter of the governors, and that suggests to me that it could not have been with genuine intention, but for the rocky design of the family to acquire wealth by decoy. Do not form opinion about anyone, almost everyone is involved in the less pronounced corruption.
Why would the infrastructure not decayed when the state actors are interested in empowering political jobbers and election merchants with contracts meant for the experts? Roads are substandard, because they were awarded to friends and allies to settle political capital; schools are built by those who have no exposure to the building engineering, and bridges are awarded to phony companies who are fronted to return percentage commission to the big boss. So, because these people were given job for settlement, the probability of doing the job the way it should be done is very low, then where is the room for maintenance culture if the job is reluctantly done at all? The answer is known to you.
Having recognized that there are challenges of this nature, the next thing is to think of plausible solutions: one, our people should change from the routine, by ditching the subsistent attitude to election for sophistication of the ballot, a situation that must be engendered from quality debate of issues not “bo ti e dibo, o ti wole” syndrome.
Besides, our people should realize that politicians are human beings from the same society like ours, and if they are pushed to source for huge capital for elections, the thirst of victory would push them to the profiteers and lords of manor, and our collective destiny would be the bargaining chip in the process. So, changing from the old ways is the only viable alternative for now. If this is done, the voice of the people in making political offices less attractive would fall in line, and the nation would be better for it.
If the people of a given society get the leadership question right, then the question of the sprawling poverty would be addressed fair and square. Let those who are saddled with the task of recruiting drivers, cooks, gardeners and gatemen employ people of low skill according to the dictate of statue book; let the experts with record of service be given the liberty to recruit professionals to execute sophisticated contracts for public good; let the big table of the governors all state accommodate visionary leaders in their respective fields not, job for the boys. If we can endeavor to walk this path, the journey to the top is assured.

Butika is an intercontinental journalist. 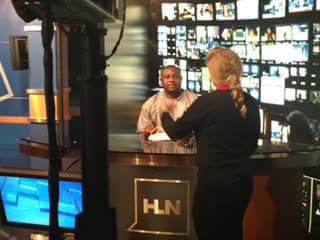