The National Judicial Council, under the Chairmanship of the Hon. Acting Chief Justice Walter S. N. Onnoghen, CFR, at its 80th Meeting which was held on 14th and 15th December, 2016 recommended the dismissal of Hon. Justice Ugbo Ononogbo of the Abia State High Court of Justice and the compulsory retirement from office of Hon. Justice Nasir Gummi of Zamfara State High Court of Justice with immediate effect.
Hon. Justice Ugbo Ononogbo, Abia State High Court, was recommended for dismissal to the Governor of Abia State, Pursuant to the findings by the Council on the following allegations inter-alia contained in a petition written against His Lordship by Mr. Urum Udensi Ifegwu.
• That the Hon. Judge in Suit No: HOH/25/2013; Mrs Nnenna Enweliku and 4 Ors Vs Udensi Dike Udensi and 2 Ors made a blanket Order for the payment of unascertained amount as Estate fee from the Access Bank Account of late Lord Chief Dike Udensi Ifegwu to the Probate Registrar of the High Court. The Assistant Chief Registrar, Probate Division of the Court, Mr.  Udeka U. C. was said to have altered the Order of the Hon. Judge in a letter to Access Bank requesting the bank to release the sum of N200, 000,000.00 (Two Hundred Million Naira) only into the personal account of E. M. Ojiako, Esq, Counsel to the Applicant in the Suit. A request which the bank refused to honour.
The Hon. Judge also granted a second Order to vacate the first Order directing the bank to pay any money assessed by the Probate Registrar for the Estate fee of late Lord Chief Dike Udensi Ifegwu into the personal account of E. M. Ojiako, Esq, without ascertaining the Assessment made by the Probate Registrar.
Out of the N200, 000,000.00 (Two Hundred Million Naira) withdrawn as a result of the second Order, E. M. Ojiako, Esq, only paid the sum of N83, 000,000.00 (Eighty-three Million Naira) to the Probate Registry.
• That there were discrepancies between the representations of parties in the Order made by the Respondent and the representation of parties in the Record Book of the Court to which Hon. Justice Ugbo Ononogbo admitted that he did not vet the Order before signing same and that it was an oversight.
Apart from recommending the dismissal of Hon. Justice Ugbo Ononogbo to the Governor of Abia State, Council also recommended that the Hon. Judge, the Assistant Chief Registrar, Probate Division of Abia State High Court, Udeka N. C., and E. M. Ojiako, Esq., be handed over to the police for investigation.
Council also decided to report E. M. Ojiako, Esq, to the Nigeria Bar Association Disciplinary Committee for investigation and that Abia State Judicial Service Commission should take appropriate action against Udeka N. C., the Assistant Chief Registrar Probate Division after investigation of the allegations.
Hon. Justice Umar Nasir Gunmi was recommended for compulsory retirement from office to His Excellency, Hon. (Dr) Abdul Aziz Yari Abubakar, Governor of Zamfara State sequel to the findings of Council following allegations against His Lordship:-
• That the Hon. Judge failed to deliver judgement in Suit No: ZMS/GS/13/2013;  Chiroma Vs Forte Oil Plc, almost twenty-three months after the final address by all Counsel in the Suit, contrary to the Constitutional Provisions that Judgements should be delivered within a period of 90 days.
• That the Judgement in the Suit was altered by changing the word “dismissal” to “struck out” to which his Court Registrar, Hayatu Wadata Bungudu admitted was done by him, after which he informed the Hon. Judge on phone, as he was out of the State at the time.
• That the Hon. Judge assumed jurisdiction in the matter by a ruling, only to dismiss the same action 22 months after, for lack of jurisdiction, after the cause of action had lapsed.
Council will write to the Zamfara State Judicial Service Commission to take appropriate action against Hayatu Wadata Bungudu, Registrar of Hon. Justice Gunmi’s court for altering his judgement.
Council at the Meeting, also resolved to issue a letter of strong warning to Hon. Justice D. O. Oluwayemi of Lagos State Judiciary for granting an Ex-parte Order in Suit No: LD/2393LMW/16, relying on an Affidavit of urgency which disclosed no threat of destruction of rights, or interest, in the subject matter of the dispute without putting the other party on Notice.
Another letter of warning will be issued by the Council to Hon. Justice M. A. Savage of High Court of Lagos State, for holding discussion with Complainant’s Counsel in Suit No: LD/179/2000 which he had judicially acted upon, and for serving as a bridge between him and the other party’s Counsel.
The allegations against Hon. Justice Ugbo Ononogbo of Abia State and Hon. Justice Nasir Gunmi of Zamfara State High Court constitute misconduct contrary to Sections 294 (1) and (6) of the 1999 Constitution of the Federal Republic of Nigeria, as amended and Rules 3 (i), 11(ii) and 2 of the National Judicial Council Revised Code of Conduct for Judicial Officers of the Federal Republic of Nigeria.
Meanwhile the National Judicial Council, in the exercise of its disciplinary powers under the 1999 Constitution of the Federal Republic of Nigeria, as amended, has suspended Hon. Justice Ugbo Ononogbo of Abia State and Hon. Justice Nasir Gunmi of Zamfara State High Court from office with immediate effect, pending the approval of the recommendations of the Council for their dismissal and compulsory retirement respectively, from office by Governor Okezie Ikpeazu and Governor Abdul Aziz Yari Abubakar, of Zamfara State, respectively. 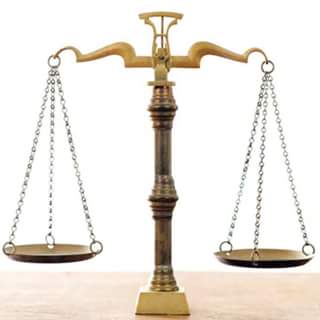