MMM: A Call For Transvaluation Of Value: Goke Butika

Before the arrival of 2017, something must be addressed and temporarily given a closure, not because it is the most significant event in the outgoing 2016, but because it touches lives of over three million people, largely from the stratified class of the poor of the poor and some comfortable elite who were considered greedy in recession. Your guess is as good as mine—MMM, the pyramid money scheme floated by that Russian convict called Sergey.
In line with figure given by the financial institutions, over three billion naira appears to have gone done with the “suspension” of the ponzi site, and that is a great flight in an economy that is crying for stability in topsy-turvy. It is huge, because the suspended fund could be used to pay workers for a month or two in some states, depending on the size of their payroll.
As much as I sympathize with the victims of MMM on their chosen transparent fraud, I could not but remind myself of the popularly Yoruba proverb that says, “if a man suffers a big disgrace, other elements of absurdities would be accommodated”. This goes to show that the poor of the poor and the greedy privileged have different motives to the fraudulent scheme; for while the poor saw MMM as an escape chamber in gnashing economic recession based on unadulterated ignorance, the greedy privileged saw the scheme as methodical money doubling based on the quest to cut corners. In the final analysis, all victims experienced fatal flaw
However, one thing wowed me while the reign of MMM lasted- every educated youth and elite who partook in the fraudulent scheme would admit to have read about the integrity deficit of the inventor. Besides, some victims claimed they were aware of how the scheme crashed in Russia and Zimbabwe, and they were quick to admit that it was not an enduring scheme, but they chose to deliberately stayed afloat with metaphysical optimism.
I could still recollect that I once engaged a friend on the possibility of the crash, because in my argument I could not fathom how 30 percent would be made as interest over an investment that was not grounded in any known local, national and international business, but our friends in the scheme asked us to keep our eyes on the ball, not on the certainty of its crash. Such was the mindset of the people who staked their money in the scheme.
Besides, legions of the victims had prepared alibi for the crash of the scheme, by arguing that they had made enough money from the scheme, and that if it crashes the way it crashed, they would only lose their interest not the capital, but the fact on ground did not support that argument. Surprisingly, the ponzi scheme behaved to type and some of the victims who had boasted of waiting for the eventuality reneged and shouted blue murder.
Quite painful to know that people allowed ignorance to prevail in this age of technology, but I would rather repudiate the system that allowed the people to fall into a known pit of fraud. Instead of warning the victims, Nigerian government ought to have borrowed a leaf from India, Europe and America on how they blocked the ponzi site, and that singular action would have saved the nation over three-billion-naira rip-off. Besides, the government ought to have launched a manhunt for the guiders of the scheme and throw them to jail irrespective of the conspiracy theories in the social media.
Ultimately, what I found instructive in the whole scenario is that the magnitude of erosion of value in Nigeria is phenomenal, and until there is transvaluation of value, where the system would design formidable working process that would raise hope, lower expectations of individuals, the crave for attainment would not be met. This speaks to the fact that all our institutions must be working for the people in order to make life abundant.

Butika is an intercontinental journalist writing from Houston, Texas USA 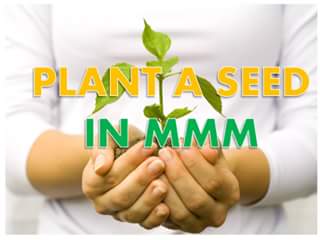