The former Deputy Senate President Ibrahim Nasiru Mantu and the immediate past governor of Plateau State, Senator Jonah Jang on Thursday agreed to bury their differences and work towards the success of the Peoples Democratic Party, PDP, both at the State and the national levels.

Mantu and Jang had been in different camps prior to the 2015 general elections.

Addressing PDP stakeholders in the state, at a reconciliatory meeting held in Jos, they both agreed to bury their hatchet and work together for the success of the party at all levels.

In his remarks, Senator Mantu said, “I’m extremely excited; when we came in with the former governor distinguished Senator Jonah Jang, I said to him, this is a jamboree, because I was expecting a few people to rob minds, but was surprised to see a very large gathering that is mind blowing.

“But he said to me, you know that Plateau, once you say PDP everybody wants to be part and parcel of what is happening. The more the merrier.

“We are playing very leading roles at national politics, and they call us from time to time to settle crisis here and there, but my conscience keeps worrying me; what if somebody asks me ‘is plateau PDP okay’, what would I say?

“Because we find ourselves playing this national roles, we talk there sometimes not from the heart, and that is the truth. So we decided that it is high time we seat and talk from the heart.”

According to him, Professor Jerry Gana facilitated their reconciliation and both himself and Jang had agreed to work together for the progress of PDP at all levels.

The former Deputy Senate President, however, acknowledged that the party at the National level was in crisis and that the matter was before the court.

Mantu urged all those who were aggrieved and worked against the party in the 2015 general elections to bury their differences and come back and work for the party, saying “unless we bury our differences, we will definitely be onlookers”.

Also speaking, Senator Jonah Jang said, “We cannot continue going back to history of what has happened or what did not happen.”

Jang said, “Yesterday, I was challenging some people; Governor Wike of Rivers State made a broadcast to his people in Rivers State, and named some governors who took money to go and bribe electorates in Rivers and our own governor was mentioned as one of them who took N1 billion there, but PDP has not spoken up till now.

“I don’t know what kind of opposition we want to be, and yet we talk of taking power in 2019; how do we take power when we are concurring with what the man is doing?, he asked.

“Let me join Senator Mantu in thanking Professor Jerry Gana, for deciding to call us in the presence of Professor Lombin.

“I have decided to take all the sins that I either committed, or others committed, those that were not even in government in my name committed, I have accepted it; and I will continue to say on behalf of all of us that have offended you people when we were in government, I say we are all very sorry.” 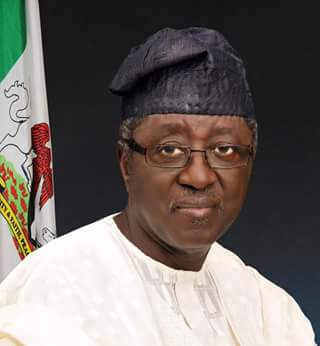 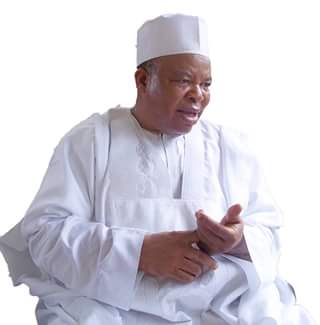