MAGNANIMITY IN VICTORY THE RWANDAN LESSON

Posted by Soji Omole on March 19, 2010
MAGNANIMITY IN VICTORY THE RWANDAN LESSON 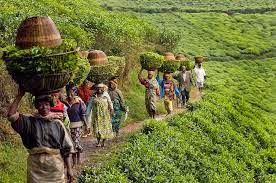 I have just finished posting an item on my blog and was about to sign out, when out of curiosity I ‘giraffed’ the screen of a tall slim built woman 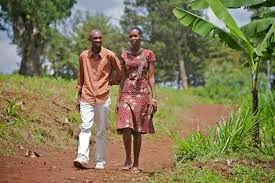 sitting next to me on my right hand side in the cyber café.
By nature and culture I am a man given to minding his own business and not being a busy body in other people’s affairs. But I don’t know what came over me like they say that day, I played the peeping Tom.

The first item that caught my fancy on her screen which left me with no choice than to ‘break the ice’ as they say was the six lettered word RWANDA.

It was then that I took a closer look at this woman and noticed that she was ‘tall and elegant’ I took a closer assessment of her nose and it has a normal and natural shape. Which made me wonder what on earth the so called Belgian Colonialists had in mind by measuring their nose in those dark days of colonialism.

So breaking the ice I did. ‘Are you a Tutsi?’ I asked her. 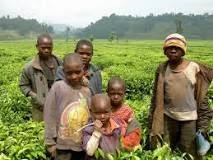 This tall woman looked at my direction, startled at first but in a jiffy composed herself, smiled and answered in a very quiet calm ‘elegant’ voice, ‘we now see ourselves as Rwandans not Hutus or Tutsis’ Deeply moved and touched, I continued that what she said reminded me of the exact words of Captain Muganza to one of his two children-both boys-when he asked him a bed time question ‘Daddy, are we Hutu or Tutsi?’ in the film- SOMETIMES IN APRIL.

To my amazement she told me she has never watched the film asking me where she can get a copy. I advised her not to only get a copy of that film but also another, titled - HOTEL RWANDA and watch both. 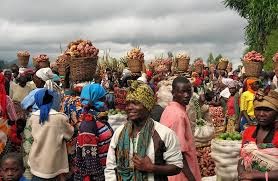 She was quite pleased and fascinated that someone takes so much interest in her country’s affairs in far away Nigeria.

But the point is, does she even need to watch those films? When actually she or a member of her family must have somehow somewhere been one of the real actors don’t let me say victims of the 100 darkest days in Africa’s history-the 1994 Rwanda Genocide!

As a young civil servant then in 1994 in far away Osogbo in Osun State in Nigeria, I heard of it or read of it or both. But the details were so hazy and sketchy that I quickly glossed over it and dismissed it as one of those once in a while East Africa uprisings. No thanks to western powers who played down the whole incident in the airwaves and screens of their media so that life can go on and business can continue as usual. 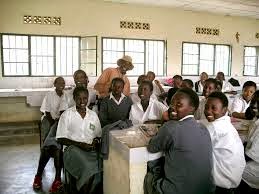 After all it was Africans killing Africans.
But thank God in year 2006, I laid my hands on the film-Hotel Rwanda
and spent eleven good hours watching this film over and over again between the hours of 1pm on a Sunday afternoon till 2am the following Monday morning! 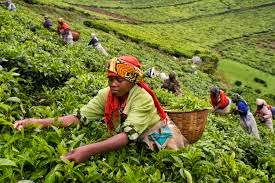 Few weeks later I watched another film-Sometimes in April, on the advice and recomendation of an elder lawyer cousin I shared my ‘bitter experience' with.

These two films dramatized, enlightened and elaborated more on the gory 100 days in Rwanda and exposed the hypocrisy of international politics and cowardly diplomacy of the west which are not even the focus of this posting. The comments are best reserved till another day.

Rather it is the genesis of it all which was failure of a certain people to be magnanimous in victory, their unforgiveness, vindictiveness and inability to put behind them the past. 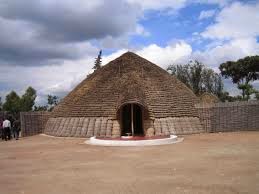 These are no other than the perpetrators-the Hutus.

Of a truth and in fairness to history the Belgian exploiters used the Tutsis to run the country during the era of colonialim, because the Tutsis were according to historians ‘lighter complexioned, taller and elegant and had pointed noses’. We were made to understand that the Belgians measured the noses of their subjects like a tailor measures the legs and arms of a client.

Then came the independence. Unlike what happened in Nigeria when the British over lords manipulated things to the advantage of a certain section of the country, the Belgian colonial masters conducted a free and fair election and declared the true winners which are the Hutus who had the majority votes, because they were the majority. 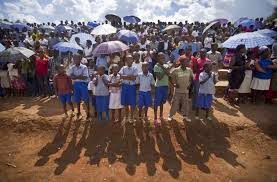 And in accordance to democratic tenets, handed over power to the Hutus the winners of the pre independence elections.

Rather than borrowing a leaf from General Gowon of Nigeria after the civil war and pursue a policy of ‘no victor no vanquished’ and embark on a programme of a ‘Reconstruction, Rehabilitation and Reconciliation’ the Hutus embarked on a revenge mission against their fellow country men the Tutsis for their role as pawns in the hand of the Belgians during the colonial days.

From one macabre event of massacres of their fellow Tutsis country men to another, it all ran through the sixties to the seventies unto the eighties up to the early nineties until the Hutus felt the final solution is to go for the kill-total annihilation of the Tutsis. 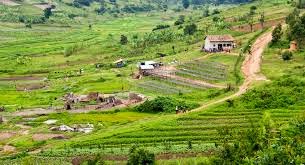 To obliterate them ‘the cockroaches’ from the world map like Atartuk attempted to do with the Armenians in old Turkey. And the Western powers folded their hands playing politics of grammar with the word ‘genocide’ while the practical word ‘genocide’ continued in practically unchecked for 100days in Rwanda claiming about 1million lives!

Yet in all these things the Rwandans were more than conquerors. God was at work. God was with them.

The west brought planes and luxury buses to evacuate their nationals from Rwandan soil leaving the butchers to carry on with their fellow blacks. 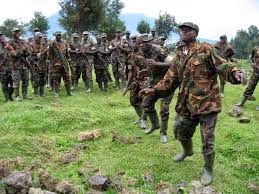 But God, whose Son’s Name is forbidden to be mentioned at the United Nations Headquarters set at work.This He did by giving the then Tutsi rebel leader, Paul Kagame tremendous victories with his then rebel forces, as he pushed and pushed through the jungles of Rwanda until he entered Kigali the capital city of Rwanda with his forces.And thus put an end to the horrendous atrocity against his fellow Tutsis. And the Hutus perpetrators were left with no choice than to flee to the neighboring countries. The hunters now becoming the hunted.

And what did Kagame do after taking over the reins of power in Kigali? As a Tutsis the rejected stone who has now turned the corner stone. 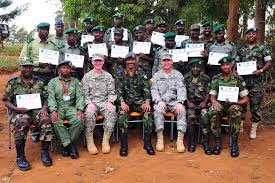 A ‘cockroach’ by an average Hutu rating whom hundreds of thousands of his fellow ‘cockroaches’ has been massacred and maimed; what did Paul do? Embark on a revenge mission on behalf of his people Tutsis now that power shifted to their hands? Rate and brand also the Hutus as ‘domestic chickens’ and begin slaughtering them? After all, we all understand the relationship that exist between cockroaches and domestic chikens. And continue the vicious circle? No Kagame didn’t.

Rather, Paul Kagame chose to act differently and which made all the difference. And he made history by so doing. Kagame chose to be magnanimous in victory. He embarked-not on a revenge mission-but on a mission borne out of a vision to re-unite his country men both Hutus and Tutsis, reconstruct the damages both infrastructurally, physically, mentally, socially, and even spiritually. And to rehabilitate his country men while at the same time ensuring that justice is meted to the scoundrels left of the bestial monsters who masterminded and partook in the 100 days of carnage, without fear or favour. And the final result and outcome? The modern united Rwanda we are beholding today. In year 2008 the country successfully hosted the Africa Cup of Nations without a hitch. A sign and symbol of a united and peaceful nation.

That is magnanimity in victory for you and me. A rare attribute of men of liberty and excellency of spirit. 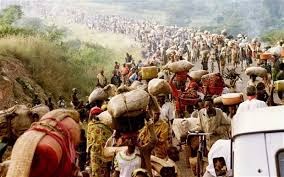 Paul Kagame being a role model of these rare specie of men.

And according to that Rwandan woman at the cyber café (obviously a Tutsi, but now married to a Nigerian Yoruba man, whose name I would rather keep confidential), Paul Kagame has received series of awards and honours globally. All for choosing to act differently in the face of evident justification to act otherwise. For making a choice to be different by being magnanimous in victory.

Actually this woman was browsing a website of one of Rwanda foremost newspapers, the website address of which she willingly and gladly gave me.

Never allow victory, success or any accomplishment, no matter the magnitude to get into your head. It is very primitive, and the consequence can be irreparably damaging. Someone says when you become vain of a position, achievement or post it is an evident proof that you are far below it.
Features